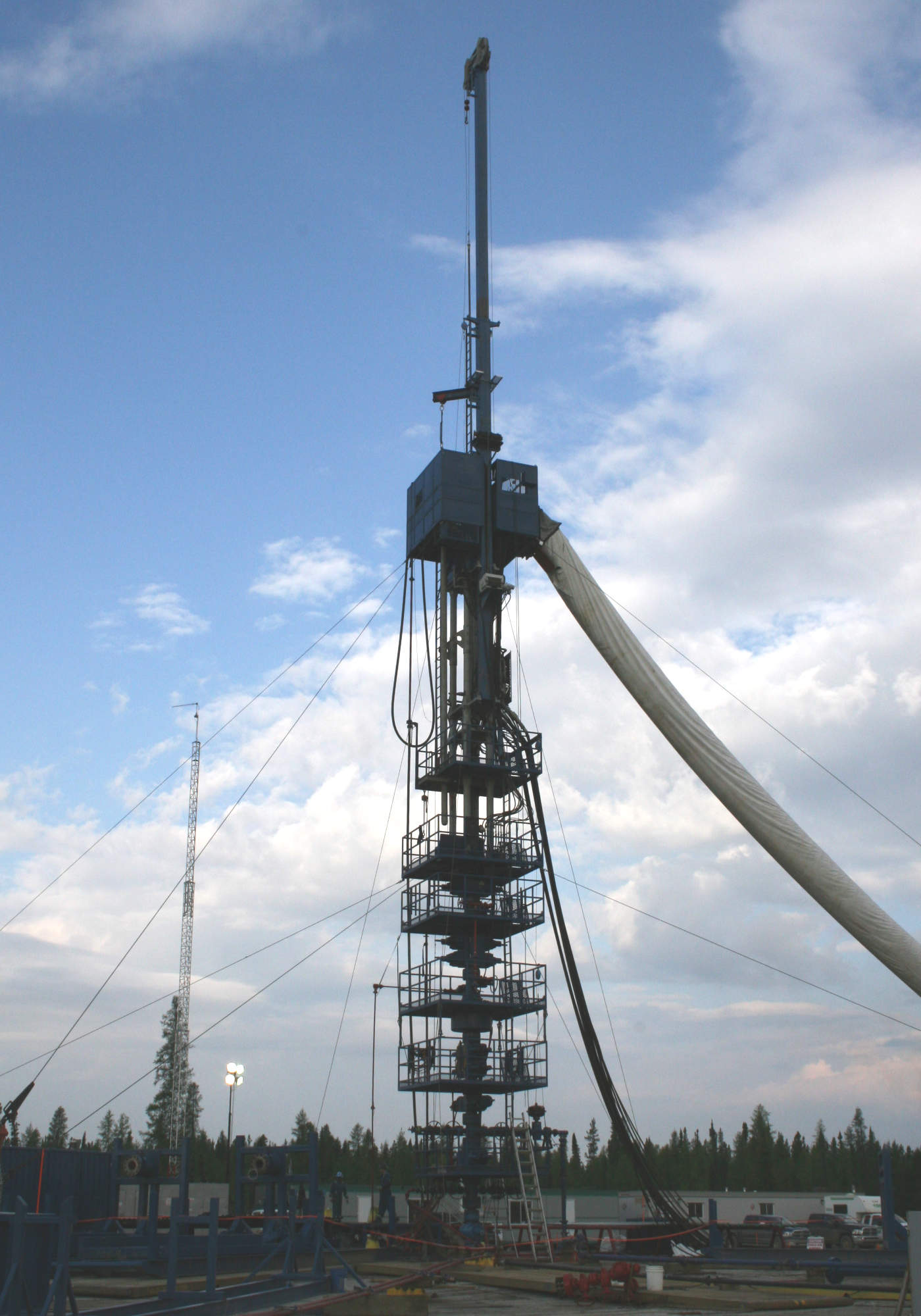 The customer’s Reservoir group insisted on fraccing these wells to see if field life could be extended. The customer, Packers Plus, NCS Completions and Piston developed a plan to run these completions under pressure; an industry first. After several months of planning and engineering, Pistons 285k unit was mobilized. Piston had sourced an SS95 3-½ IF string for this work and built inconnel bpv’s to ensure steel qualities didn’t become too hard and fall apart in the well.

First, the bridge plug was retrieved from the well and sour gas circulated out of the well with produced water. Over pressure was held on the well to ensure gas didn’t migrate to surface and the annulus was kept with fluid to surface to eliminate the risk of sour gas. Next, the bit and reamer was run with the 4-¾ jars, 50 joints back from the reamer. The reamer and jar required staging into the well under pressure. Wells were then cleaned out to TD. The well that had kicked the drilling rig had sloughed in between 3900md-4200md, and additional drilling was required through this section. Once at the toe, high viscosity gel pills were circulated back to Testers until cuttings were minimal in returns. The string was pulled out of the well, and a liner system picked up. A 4-½ liner was made up of 15 packers and 15 sleeves to be spaced throughout the lateral. Then a liner top packer was set in the 7” casing. All liners were successfully deployed under pressure and packer set according to plan. The 4-½ tie-back strings were then run and the project was completed 11 days ahead of schedule.